With approximately 25 scrums per game it has become a skill where dominance can result in performance advantages (Quarrie et al., 2013). This requires a large forward force, long associated with a “low body position”: flat back parallel to the ground and a knee angle of 115-125° (Hislop, 1982). This is supported by Quarrie and Wilson (2000) who suggest a negative correlation between hip and knee angle, and forward force production in a parallel stance.

Scrum machines are widely used to replicate conditions of a scrum during training. However, there is little literature supporting the scrum machine’s effectiveness in developing an efficient in-game scrummaging technique.

The aim of this study is to examine the differences in angles and velocities of the hip and knee when scrummaging against a machine alone and with a modified scrum of five.

Figure 2. Three key time events used during digitisation. Digitisation started at the “Bind” (A). Frame markers were placed at impact during engagement (B) and the frame where the player assumed a static pushing position (C). Digitisation continued until the pushing position was interrupted or 3 seconds of maximal pushing was complete.

Peak mean hip velocity occurred at impact and was greater during the machine trials (2.232 m/s) relative to 5-man trials (0.824 m/s), where the peak occurred prior to impact (Figure 3). There was no difference for mean hip velocity between conditions during the post-engagement static maximal push phase. 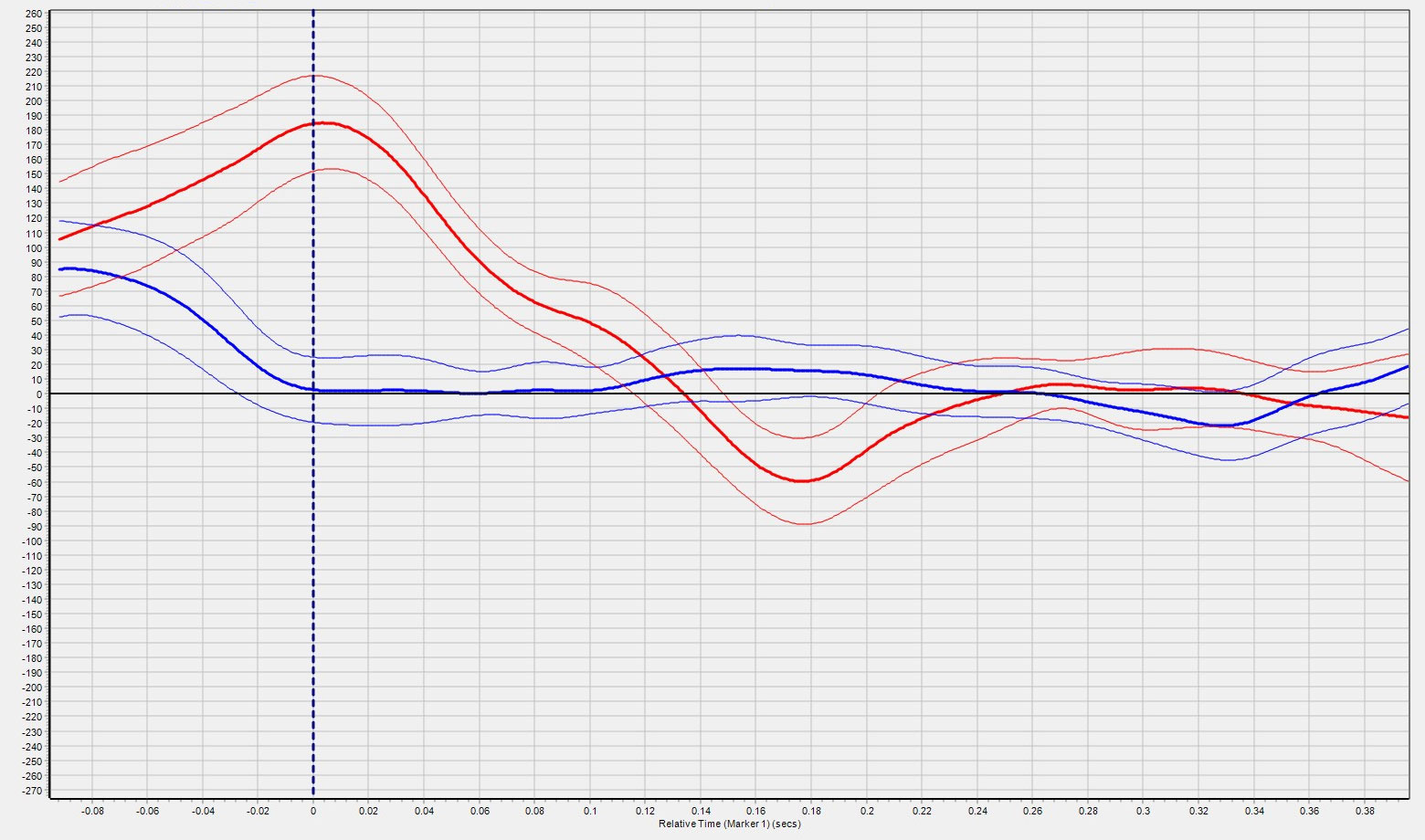 Average angular velocity of the hip relative to horizontal was greater in the scrum machine trial, peaking at 185.75 °/s, 0.002 s after impact. The live scrum trials peaked at 87.69 °/s, 0.089 s before engagement. There was little difference between the mean angular hip velocities between the scrum conditions during the static post-engagement pushing phase (Figure 4). 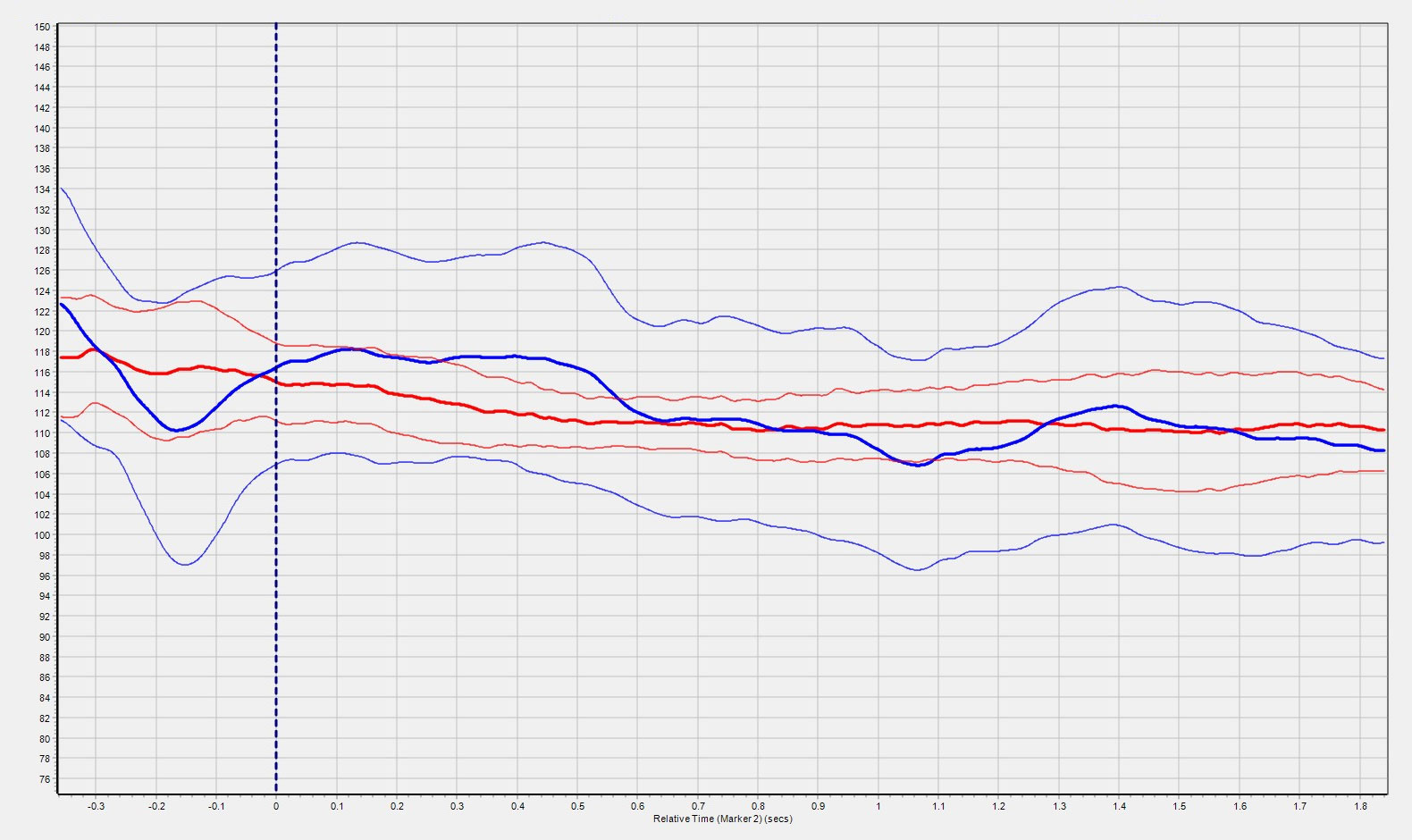 Figure 5. Angular Displacement of the knee during the post-impact pushing phase of live scrums (n=9) (Blue) and scrum machine scrums (n=9) (Red). Data is displayed as the mean (Bold lines) and Upper and Lower 95% Confidence Intervals (Thin lines). The dashed line at zero represents the frame where both feet are stationary and the start of the post-impact pushing phase.

The hip velocity at impact was more than double (170% greater) in the scrum machine trials (2.232 m/s) compared to the 5-man live scrums (0.824 m/s). This suggests that players place a larger emphasis on impact speed when practising than during a live scrum.

Preatoni et al. (2015) suggested that the “Crouch, Bind, Set” (CBS) condition reduces impact speeds by more than 20% when compared to protocols pre-2013. The reduced impact velocity in live scrums compared to the scrum machine trials during the current study indicates that amateur players ignore the new engagement protocol when practising using a machine.

Greater angular velocity was evident at the hip during trials using a scrum machine compared to the modified live-scrums. CBS protocol reduces impact velocity and the distance from set-up to impact (Preatoni et al. 2015). Reduced set-up distance and impact speed would facilitate decreased angular velocity at the hip. This further supports that practice with a scrum machine does not accurately replicate conditions during CBS engagement.

Sayers (2007) suggests a negative training effect from practice using a scrum machine due to differences in lower limb kinematics. The current study supports this difference in lower limb kinematics with increased variation of knee angle during post-engagement pushing and increased linear and angular velocity of the hip during engagement when using a scrum machine.

Rugby Union Scrummaging (Machine vs Human) | Quintic Sports
WE USE COOKIES TO ENSURE THAT WE GIVE YOU THE BEST EXPERIENCE ON OUR WEBSITE. IF YOU CONTINUE TO USE THIS SITE YOU ACCEPT THE USE OF COOKIES.OKPRIVACY POLICY