The Change in Golf Club Kinematics when using Pitching, Sand and Lob Wedges

The golf swing produced by a golfer is heavily influenced by the ability to control the club consistently from swing to swing (Lee et al, 2002).

Ideally, golfers should have a simple, consistent and repeatable golf swing with any variation seen as being detrimental to performance (Glazier & Lamb, 2017).

Aim – The aim of this study was to measure golf club kinematics, to see whether this changes for different wedges and different hitting distances.

The participant was required to perform at least 3 golf shots per club, per yardage.

Reflective tape was placed on three different locations on the golf club (bottom of grip, mid shaft and hosel).

The recording equipment was placed 5 m back from the golfer. 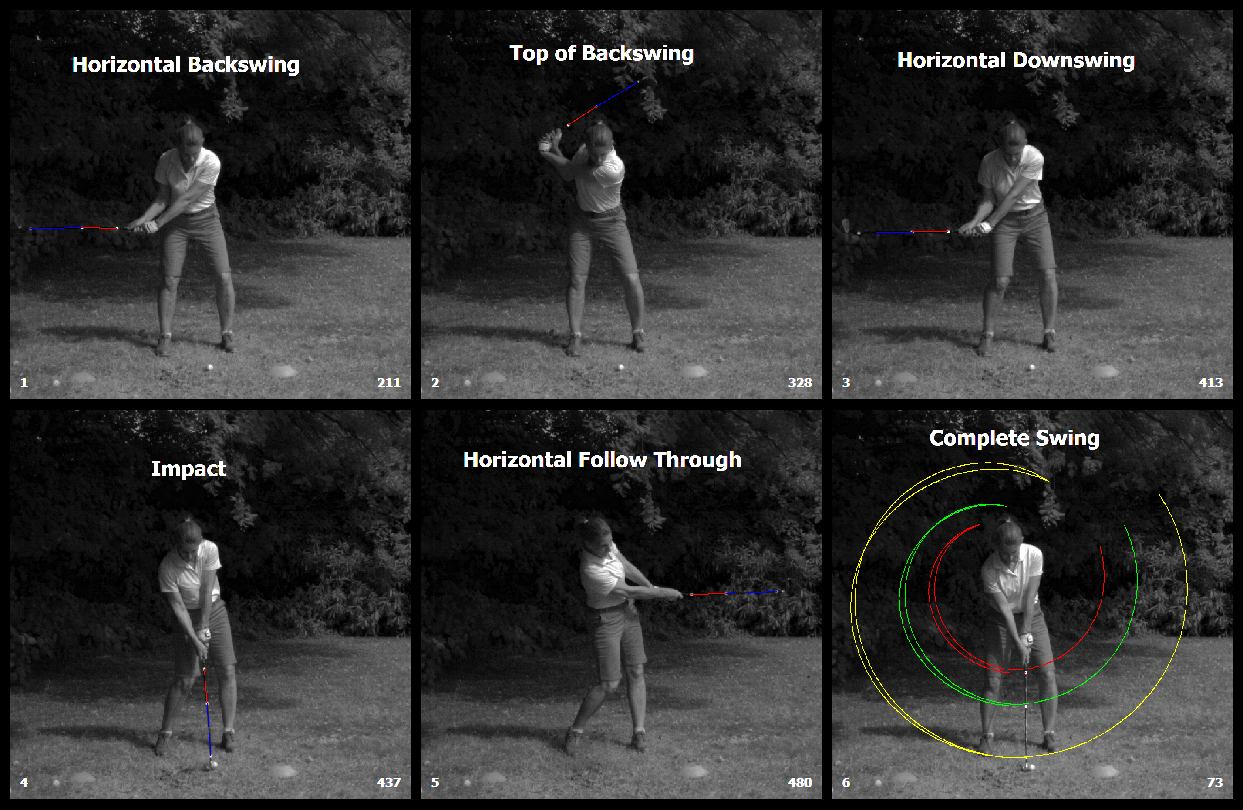 Figure 2. Shows the different phases of the golf swing that were measured, as well as the complete digitised swing

Automatic Digitisation was used within Quintic Biomechanics software (Coleshill, UK) to measure linear distances, velocities and accelerations of the grip, shaft and hosel, at varying phases of the golf swing, highlighted in figure 2. 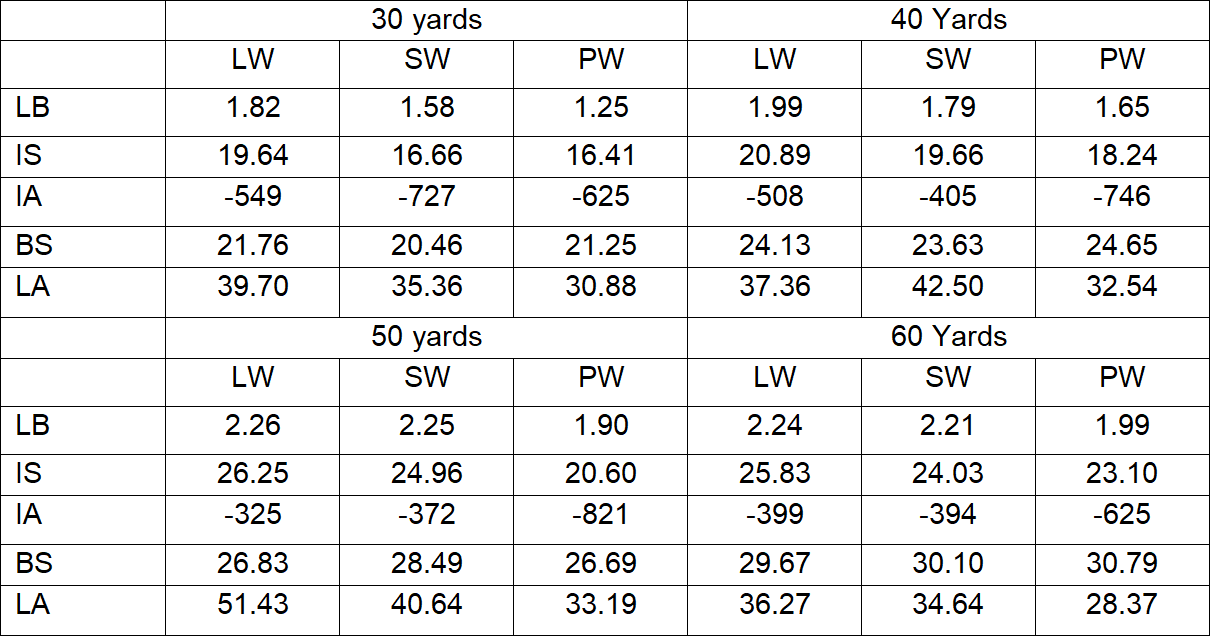 Impact Acceleration highlighted that all clubs were decelerating just before the moment of impact, shown in table 1.

For every club, there was an increase in Ball Speed as the yardage increased.

For the pitching wedge, this coincided with an increase in the Length of Backswing for the increasing yardage.

From 30-50 yards there was also an increase in the Length of Backswing for the lob and sand wedge, with both decreasing at 60 yards.

Launch Angle decreased at 60 yards for both the lob and sand wedge, indicating the ball had a lower trajectory to gain the extra yardage required.

Conclusion – The golfer in this study highlighted that there are multiple different ways to swing a golf club to ensure the correct yardage is achieved. For example, playing a shot with a lower trajectory/reducing the launch angle of the shot.

The Change in Golf Club Kinematics when using Pitching, Sand and Lob Wedges | Quintic Sports
WE USE COOKIES TO ENSURE THAT WE GIVE YOU THE BEST EXPERIENCE ON OUR WEBSITE. IF YOU CONTINUE TO USE THIS SITE YOU ACCEPT THE USE OF COOKIES.OKPRIVACY POLICY