Moment of inertia of an object is an indication of the level of force that has to be applied in order to set the object, or keep the object, in motion about a defined axis of rotation. Moment of inertia, which is a derivative of Newton’s second law, is sometimes referred to as the second moment of mass and can be calculated using the equation:

Where:
I = Moment of Inertia (kg m²)
m = Mass (kg)
r = Radius (m) (shortest distance from the axis of rotation to the particle)

The videos have been digitised and calibrated using the

Moments of Inertia were found for a backward and a forward pike dive by calculating the sum of the inertias for each segment of the body. Both dives were performed by the same diver yet the moments of inertia are different due to the distance of each segment from the axis of rotation i.e. the hip, being different for both dives and the differences in the angular velocity throughout the dives.

Divers always aim to complete the required number of somersaults and/or twists as quickly as possible leaving more time to prepare for entry into the water. In order to do this they have to increase their angular velocity, consequently reducing their moment of inertia. This is done by changing their body configuration so as to decrease the distance between the centre of mass of each body segment and the axis of rotation, thus a tighter pike position gives the diver a smaller moment of inertia and greater angular velocity. Once the diver leaves the board, there is no torque acting on the body. This means that angular momentum is conserved when no external torque acts on it, thus when the moment of inertia decreases angular velocity increases and vice versa. 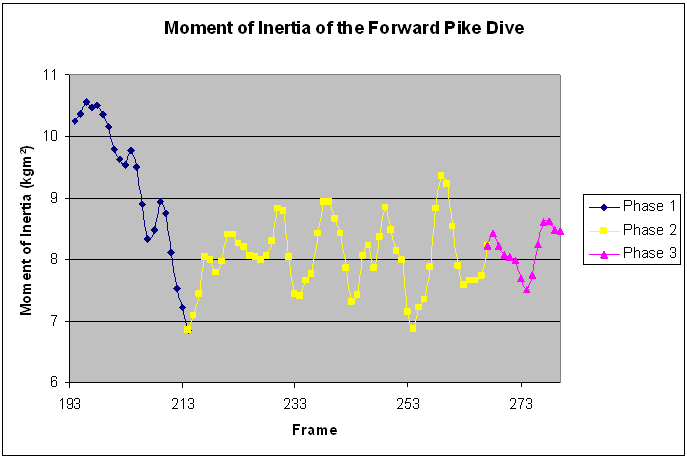 Graph 1: Moment of Inertia during a Forward Pike Dive

Graph 2: Moment of Inertia of a Backward Pike Dive

Graph 3: Comparison of Moments of Inertia

Moment of inertia is a calculation of the required force to rotate an object. The value can be manipulated to either increase or decrease the inertia. In sports such as ice skating, diving and gymnastics athletes are constantly changing their body configuration. By increasing the radius from the axis of rotation, the moment of inertia increases thus slowing down the speed of rotation. Alternatively, if an athlete wants to increases the speed of rotation, then they must decrease the radius by bringing the segments of the body closer to the axis of rotation thus decreasing the radius and moment of inertia.

Moment of Inertia | Quintic Sports
WE USE COOKIES TO ENSURE THAT WE GIVE YOU THE BEST EXPERIENCE ON OUR WEBSITE. IF YOU CONTINUE TO USE THIS SITE YOU ACCEPT THE USE OF COOKIES.OKPRIVACY POLICY