In recurve archery it is important that the archer is able to hold the pulling force of the bow isometrically at release.  Any collapse or movement forward of the draw arm results in a reduction of velocity of the arrow and this results in the arrow going low on the target.  Collapses most often occur when the signal from the brain for the fingers to relax and release the string also causes the muscles of the shoulder complex to relax.  When shooting, the archer has to juggle maintaining an aim on the target, with a precise timing of the release of the arrow.

In this case study we will focus on this error in technique and how Quintic software was used by the EIS to analyse and assess one archer in particular. The archer had been identified by the coach as having a collapse when they released the arrow which caused a large amount of variability and inconsistency in the shot.  This is shown in Figs 1 and 2 below:

In the above Figures it can be seen that there is a small movement forward of the draw arm as the release is initiated.

Study 1: The archer was first assessed to see the if there were differences between the following scenarios:

6 trials of each scenario were recorded using a Casio EX-F1 high speed camera in the coronal plane (same as Figs. 1+2).  Digitisation markers were then placed on the front shoulder and draw arm shoulder, elbow and wrist.  The videos were sampled at 300Hz.  The videos were then digitised and the data smoothed using Quintic Biomechanics software which gave the results shown in Fig.3. 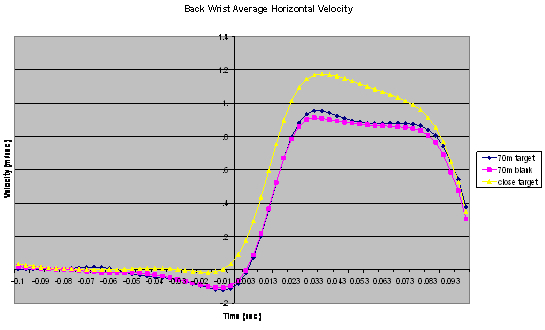 From Fig.3. it can be seen that there is a clear difference between the close scenario and the 70m scenarios.  The negative horizontal velocity shown at release (at time =0) relates to the forward movement of the draw arm.  This forward movement does not occur in the close target scenario. As a consequence of the previous study a further study was undertaken to investigate at what distance the archer’s technique fell below an acceptable level.  These findings could then be used to optimise the archer’s training.

Study 2: A study was undertaken analysing the archer’s performance from 20m – 70m at intervals of 10m.  At each of these distances a blank target and target face were used.  Six trials at each scenario were completed using the same protocol as in Study 1 and the results are shown in Figure 4. 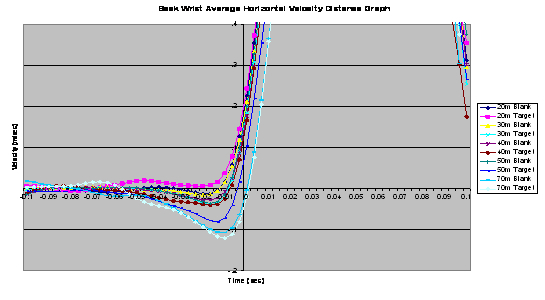 Fig.4. Close up view of release of the distance interval graph

From Fig.4. it can be seen that there is a large jump in the amount of negative horizontal velocity between 40m and 50m.  From this data the archer’s training programme was modified to shoot at no further than 50m until their technique was at an acceptable level to move to a longer distance.

Pressure Distribution is how you distribute your bodies’ weight in your feet. Values can vary dependant on left to right sides and the four quadrants of the feet. Right heel, right toe, left heel, left toe. Weight distribution is an ever-changing number which relies on many factors such as stance, body mass & external weight e.g. dumbbells etc. The RSscan Pressure plate utilizes small sensors located in the force plate which allow for accurate analysis of pressure distribution in the four quadrants of the foot. It is capable of doing this at a high speed and also a high resolution. This allows the user to use this precise information to recognise any problems which have been identified by the plate. It is capable of sampling at a frequency of 500fps. This can be altered to suit the users’ needs and also to allow for synchronisation with other data collecting instruments e.g. Hi speed cameras. The force plate presents an accurate analysis of the pressure and force distribution and their association with the biomechanics of the foot.

An archers weight should be divided evenly between the right and left foot. Furthermore the weight distribution on the feet should be about 70% on the forefoot as this is where the body’s balance receptors are located. The remaining 30% should be located in the heels of the feet.

By use of the Quintic software system the trigger on and off points were recognised and still shots were taken of the various archers and specific points during their shot:

Both hardware and software were set up in accordance with the normal archery format subjects were asked to perform a number of shots using their own techniques as if they were not being recorded. In this way accurate results of a typical archery situation were taken. 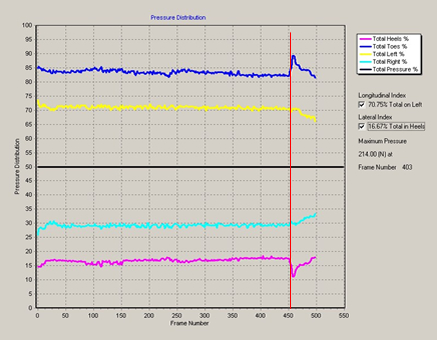 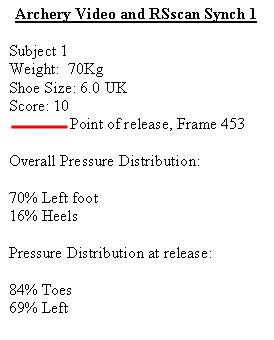 In conclusion it can be said that the subjects’ pressure distribution is favoured toward the left hand side of their body at a 69:21 ratio. Thus showing that the subject is not balanced correctly from left to right this would explain the movement from the subjects COF (the red cross in the above picture) during the technique. Heel to Toe pressure distribution is in better proportion to guidelines 16:84 however this is still not perfect to the 70:30 recommended. However as can be seen in the summary table above the subject has little variation between her point of release distribution and the overall amount for the entire shot. This means that despite the fact the subject is unable to balance themselves correctly they are able to remain stable throughout the performance.

Special thanks to Oliver Logan (EIS – Biomechanist) for GB Archery.

Archery | Quintic Sports
WE USE COOKIES TO ENSURE THAT WE GIVE YOU THE BEST EXPERIENCE ON OUR WEBSITE. IF YOU CONTINUE TO USE THIS SITE YOU ACCEPT THE USE OF COOKIES.OKPRIVACY POLICY