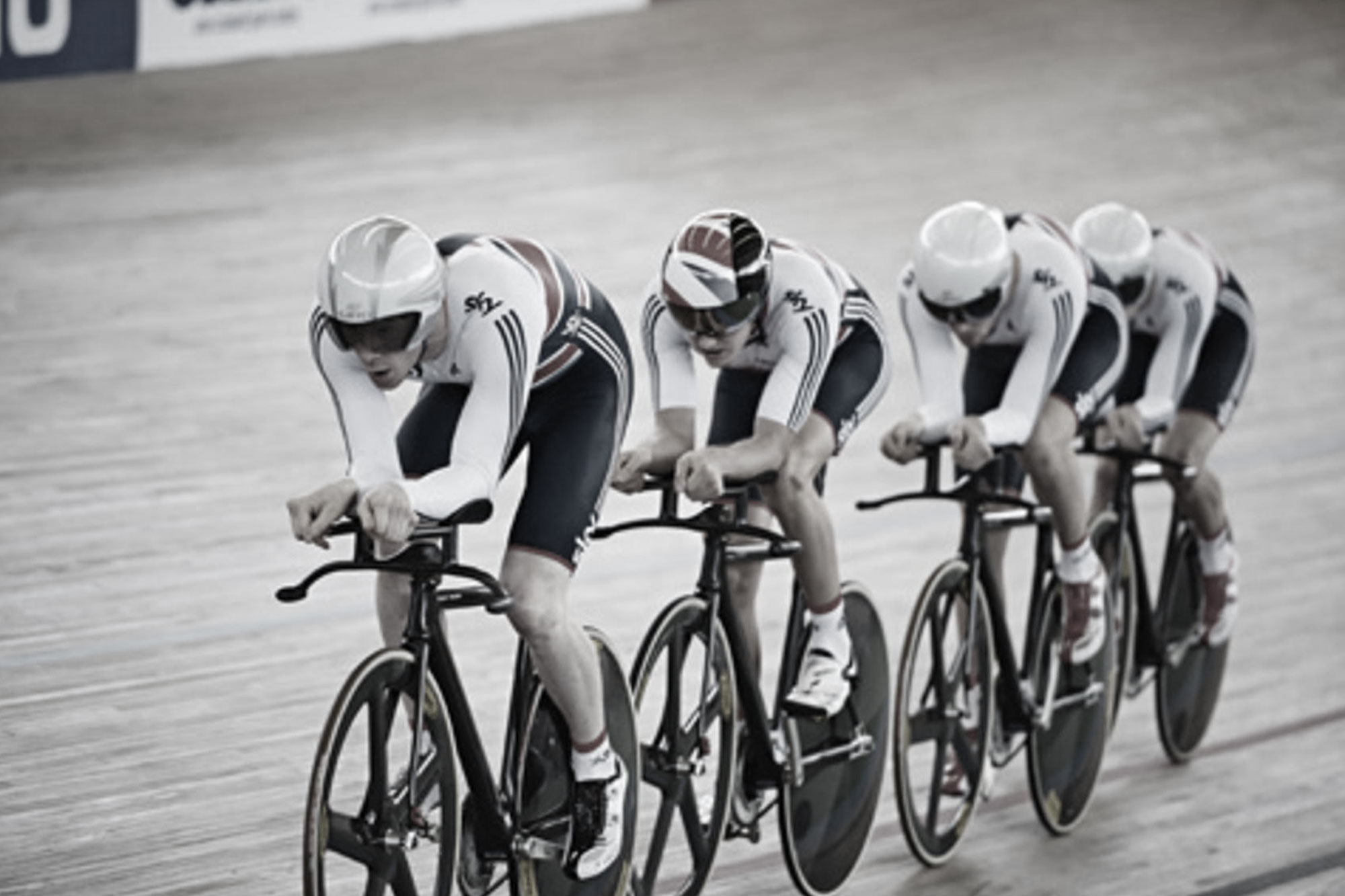 Introduction
Maximum cycling power is a major determinant of sprint cycling performance. Overall power output can be recorded accurately and reliably using on-bicycle instrumentation such as the SRM system (Schoberer Rad Messtechnic; Germany). Whilst overall power output is a very useful performance indicator, it is limited as a biomechanical measure as it does not give any indication of the movement strategy adopted by the cyclist. A more detailed analysis of power is available via an inverse dynamics analysis, as described by Hull and Jorge (1985) (A Method for Biomechanical Analysis of Bicycle Pedalling, Journal of Biomechanics. Vol 18; 9 p 631-644), which allows for the calculation of joint-specific power outputs. By determining hip, knee and ankle power we can understand in much greater detail how the cyclist produces their maximum overall power output. This information is valuable in understanding how to improve cycling performance and reduce injury. For an inverse dynamics analysis, three pieces of information are required: force output (kinetics), kinematics and body segment parameter data. The purpose of this case study is to describe how Quintic Biomechanics can be used to collect 2-dimensional kinematics data for the inverse dynamics analysis.

Data Collection
Data for the inverse dynamics analysis are collected during a short “all-out” maximal sprint. For this, the cyclist is instructed to apply as much force as possible to the pedals throughout the effort. The sprint is performed on a cycling ergometer which applies resistance to the cyclist in order to control their pedalling rate. For the kinematics data, a Casio EX-F1 camera, with studio lighting, is set at a frame rate of 300 frame/sec and 1/2000th sec shutter speed. Before data collection a calibration square is placed next to the ergometer and a short video clip collected for the Quintic Biomechanics calibration procedure. Reflective markers are placed on the pedal spindle, 5th metatarsal joint on the foot, ankle joint centre, knee joint centre and hip joint centre of the cyclist. Video is collected during the sprint and Quintic Biomechanics is used post-event to obtain the kinematics data from the video.

Data Processing
Following data collection the video of the sprint is opened in Quintic Biomechanics and the digitisation menu used to set the frame rate and calibrate the file. A five-point cycling model template is created and saved linking the pedal spindle, 5th metatarsal, ankle joint, knee joint and hip joint. Using the automatic digitisation procedure, the five joint markers are tracked and digitised automatically for 3 complete pedal revolutions during the most powerful part of the sprint. Once digitised, the in-built filtering options are set to optimally smooth the raw data. Position, velocity and acceleration data of the hip, knee and ankle are viewed and analysed in the angular analysis menu. Finally, the kinematics data are exported directly to Microsoft Excel, where the inverse dynamics analysis is completed with the kinetics and body segment parameter data.

Results
These results clearly demonstrate the relative contribution of each of the lower limb joints to overall maximal power output. This information can be used to make cross-sectional comparison between different cyclists or different bicycle setups, and also as a longitudinal measure to monitor the effect of different training interventions. This information is highly relevant to cyclists, coaches and sport scientists.

In summary, the automatic digitisation procedure in Quintic Biomechanics can be used to accurately and reliably generate kinematics data to use in an inverse dynamics analysis. This procedure allows the calculation of joint-specific power outputs in cycling, which is a highly relevant measure for the understanding of cycling performance.

★★★★★ My name is Paul Barratt and I’m the biomechanist for British Cycling and the English Institute of Sport. We use Quintic video feedback, for real time qualitative analysis of training sessions where our cyclists need real time feedback, for them to understand how their cycling position changes under load. We also use Quintic for our research studies we make use of the automatic digitisation function.

This allows us to relatively quickly get accurate joint angle and positioning data from our cyclists. Using this we can investigate the impact of different types of training on body position and technique during cycling.

The videos from these training sessions can be viewed using the Quintic player which we distribute to all our coaches and athletes so we are able to share videos very easily from training sessions and hope to improve performance.

Cycling | Quintic Sports
WE USE COOKIES TO ENSURE THAT WE GIVE YOU THE BEST EXPERIENCE ON OUR WEBSITE. IF YOU CONTINUE TO USE THIS SITE YOU ACCEPT THE USE OF COOKIES.OKPRIVACY POLICY